There are 1.4 million people in the United States that identify as transgender. Transgender describes someone whose gender identity, psychological identification, does not match their sex assigned at birth. On March 11th, 2021 Mississippi became the second state to pass a bill limiting or banning transgender women from participating in school sports. The bill that was passed requires that a person join a team based on their sex assigned at birth instead of their gender identity. As of February 2021 there are 24 other states across the country considering similar bills. 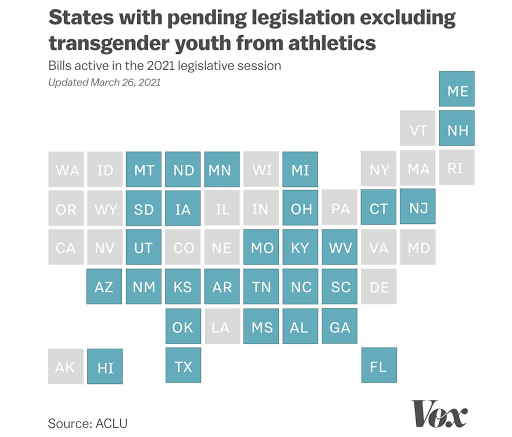 The core argument behind this legislation is evident in the Mississippi bill, entitled the Mississippi Fairness Act, that states that “there are inherent differences’ between men and women” and these differences “result in different athletic capabilities”. The title of bill is appropriate as one side claims that the issue is solely on fairness. They do not believe that it is fair to have young cisgender women competing against transgender women because of biological differences. Cisgender describes someone who personally identifies with the sex they were assigned at birth.

This argument focuses on things like the bone density and heart size being different and the testosterone levels. It proposes that people whose sex assigned at birth is male have the physical advantage. For these people, it is fraudulent in theory.

Despite the passing of the bill, there has been a significant outcry against it. Many people have spoken out against the passage of the bill and are protesting other legislation because they view it as discriminatory in nature. The bill specifically applies to those under 18 years of age. Strictly speaking, the bill and similar legislation blocks the transgender community, specifically transgender girls, from participating in sports. The ability to join sports and be part of a team can be monumental in the development of youth. School sports are supposed to be about inclusivity, and they can be an important element in the socialization experience of the youth. 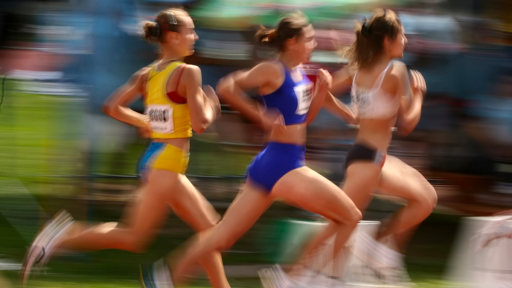 Gender is a social construct. The cultural and gender norms constructed and upheld by society teach people that there are substantial differences. These norms are taught and greatly impact and shape the perspective and beliefs of many people. Stereotypes are born of social constructs and people have these stereotypical perspectives on how men and women are supposed to be. The identification of transgender has historically not fallen into an “acceptable” category of identification by the more traditional perspective.

These stereotypes inspire and promote discrimination. Over 75% of transgender youth have reported feeling unsafe at school because of their gender expression. Discrimination and bullying have been a consistent problem for the transgender community and laws and legislation have not often been in their favor.

What are the implications?

The implications of this situation can be scary. Legislation that intentionally isolates and discriminates against a specific population has never proved to be good. The bills being passed banning or limiting the participation of transgender women in sports have the potential to hurt the youth.

The outcry against the bills helps highlight the pain of the community. The transgender kids "just want to run” or just want to play and enjoy the activity. When they are banned from being able to participate in a normal human experience like playing a sport, they are being told by the institutions around them, like their school, that they are less and what they are is wrong. The socialization occurring, the message being sent by such legislation, can be damaging to the mental and emotional state of these youth.

This new push for legislation in different states banning transgender youth from participating in sports has many important implications that need to be considered.