Where do the mothers belong?

Issues regarding the gender bias of men and women invite controversial conversation and statements that many bring with emotional argument and are flooded without any truth. The conversation surrounding gender bias in terms of work/life balance is one with many varying opinions. The following article will bring to the discussion, points and issues from both sides of the argument. A survey, collected at Brigham Young University will be used as the basis by which educated conclusions will be made about the various conflicts and issues involving work life balance of both men and women. Brigham Young University is a place unlike any other in terms of demographic and could potentially create a bias with the data collected. Recognition of the ability to mirror the data to fit a general consensus of the public would be misinterpreted, allowing for narrow analysis of the results to be made. However, it is important to note that the data is a representation of the demographic of the Brigham Young University and could be applied therein.
Workplace and personal life balance is an issue that effects each and every individual in the working population. This strived balance of these two areas is especially emphasized for men and women with families and children at home. The focus on family values has significantly decreased in recent years, however the importance of these issues is still at the forefront of both the conversation and emphasis of many families. According to a mental health foundation survey one third of respondents feel unhappy about the time they devote to work, in addition to more than 40% of employees who neglect other aspects of their life because of work, which may increase their vulnerability to mental health problems. Patterns show that as the number of working hours increase, so do the feelings of unhappiness. 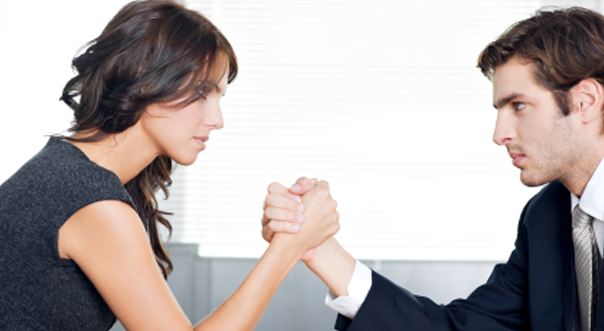 A survey was distributed to a variety of students at Brigham Young University with the intent and purpose of learning about their opinions and dreams for their future career. Questions were asked in regards to their expected post salary wage, their work life balance expectations, and roles within the home and how they could be divided. Overall, the results seems to fit in line with similar attitudes that would be expected coming from a mainly LDS population/ data pool, however the collected information yielded interesting results that could allow for innovative conclusions and solutions that can be mirrored onto the world at large.

86% of survey participant wanted the husband to be the primary financial provider, however the minimum level of education expected of a spouse to obtain was an undergraduate degree. This inconsistency is especially surprising considering that 56% of survey participants preferred having the wife be the primary homemaker. It seems a little odd that all participants expect an undergraduate degree at the minimum of their spouse when 56% of these individuals would be using this degree to perform reproductive labor. This highlights the inconsistency in expectation and norms in our present-day society. Research on this topic reflects an increase in women attending college and also graduating with more job placement success than men. According to a Pew Research study, 20% of women entering the workforce in 2013 were better educated than their male counterparts. In addition, the amount of women entering the workforce continues to grow. The results of the initial survey ask a question about a new standard that women are encouraged or feel forced to uphold that in turn, allow them to have more expose, and overtime encourage them to pursue a career or rise from the bound career of homemaker.

In an open-ended section of the survey participants were asked about what their dream career would entail. Only two individuals spoke of their desire to be a stay at home mom. This speaks volumes and causes me to wonder, where is the fallout between dreams and reality? Is there a discrepancy between husbands wanting their wives to be primary homecare giver, while women have career aspirations similar to their male counterparts? Or are there women who are striving to have the best of both worlds? Or is this just a case of women dreaming of a future that is beyond their reach?  When asking these questions, I am reminded of a New York Times article written months about entitled, “You can’t have it all.” In this article, it discusses one woman’s struggle as she “tries” out the working mother life. In the end, after all she has done and accomplishes, she feels saddened by her inability to provide for her families needs. This same principle echos truth within the work of this individual survey in the sense that women are dreaming larger, and equal to their male counterparts in terms of where they would like their career to go.

The research even concluded that women expect a lower post-graduation salary than their male colleagues. 52% of women expected their post-graduation salary to be lower than $40,000 while a mere 17% of males expected this low of a salary. Thus proving that women have lower self-perceived workplace parity. This matters more than one would think. Why would a wife perceive her career as equal in importance to her husband when she expects her salary to be a minimum of $50,000 less than her husband’s career? This also speaks volumes to the popular discussion of equal pay and the gap between compensation of a man and woman. Most often, we hear complaints that women make 77 cents to every man’s dollar, in addition to the large discrepancy in benefits that men have compared to women. This research questions whether men, or even the hiring system is the blame for the pay scale, but instead suggests that the self-worth of women play a major role in contributing to the problem.

In fact, only one male survey participant desired to be anything less than a primary financial contributor. Is this indicative of our sample? It could be argued that with the extreme conservative attitude of the patriarchal society and traditional principles surrounding the LDS church, the attitude is born and prevails that men have the duty to be the provider and support the family not only monetarily but also emotionally and spiritually. I pause when asking whether this is a problem, specific to BYU or whether attitudes are similar among the general public.
It is important to note the severe limitations placed upon this survey merely by the small number of individuals who were able to participate. Because there was such a low number of participants, the conclusions drawn from the survey are all very speculative, however with the sample size larger than 30 and from a random sample of Brigham Young University students, the conclusions drawn should still be reputable and valid. 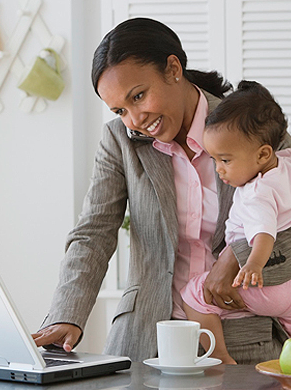 Overall, the results found in the individually ran survey were interesting and helpful in attempts to understand the issues surrounding the balance of work/life and how gender plays a role in workforce discrimination. As Valerie Hudson once pointed out, the main issue at hand is why women cannot work full time or even part time and contribute at home, without being considered a “bad mom,” compared to men who are able to easily be a successful businessman and also never struggle to still be considered a “good dad.” Although many argue this is the attitude change needed for the LDS culture, and arguably the world at large, however I pause to look at the undeniable research that claims the ideals often expressed through various conversations regarding this topic, in discussion and completely different then they are in reality and application. I encourage each and every man and woman to see what situation and outcome works best for their own individual family.
Posted by Unknown at 9:26 PM No comments: