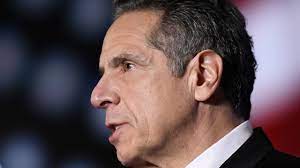 In December of 2020, a former aid of Governor Andrew Cuomo named Lindsey Boylan accused the governor of sexual assault. On Twitter, she reflected on her experience of harassment at the hands of the governor stating, "Yes, [Governor Cuomo] sexually harassed me for years. Many saw it, and watched."

Yes, @NYGovCuomo sexually harassed me for years. Many saw it, and watched.

I could never anticipate what to expect: would I be grilled on my work (which was very good) or harassed about my looks. Or would it be both in the same conversation? This was the way for years.

Since Boylan has openly shared her experiences, many other women have spoken out against the governor. In all, ten women have openly testified of harassment from Governor Cuomo including one anonymous woman. Despite these allegations, Governor Cuomo has denied any intentions of sexual harassment and apologized if any of his behavior was interpreted inappropriately. Independent investigations are currently underway.

Governor Cuomo is not the only political figure to be accused of harassment. Both Democrats and Republicans are accused of inappropriate behavior. Additionally, both male and female politicians are accused. Often these accusations make large headlines for news outlets. For instance, recall the accusations against Brett Kavanaugh during his Supreme Court confirmation hearings or accusations against Katie Hill. Both instances were covered extensively in the media. Because of allegations of sexual assault, many individuals have been pushed to resign from political office, regardless of whether the allegations are true or false. This leads then to a very important issue. The problem of sexual harassment, the pain it causes for the victims (especially if the perpetrator is not brought to justice), and trials for those who are wrongly accused.

Benjamin Ogles, Dean of the College of Family, Home, and Social Sciences at Brigham Young University, discussed sexual assault in a devotional in January of 2018. In this devotional, he defined sexual assault as an action where a perpetrator forces sexual contact towards a victim without their consent. This contact is not limited to intimate relations but expands to unwanted kissing or touching too.

The majority of sexual assault does not occur between strangers. Often instances of assault occur between individuals with close friendships and relations. In a survey of Brigham Young University students in 2017, instances of sexual assault occurred 57 percent between current or former dating partners or spouses and 25 percent occurred between acquaintances. Further, males are more likely to be perpetrators while females are likely to be victims of sexual harassment. However, there are instances where males are victims while females are perpetrators. Sadly, about 450 students reported over 725 incidents of sexual assault within the past twelve months before the distribution of the survey.

Additionally, victims were more likely to report instances of harassment to a friend rather than to an authority figure. This means that friends must be ready to help victims understand how to best respond to a dramatizing experience. Namely, friends can help victims realize that they are not at fault and learn how to properly report instances to the title IX office.

The #MeToo movement is a social movement against sexual abuse and harassment where people publicize allegations of sex crimes. Starting in 2006, this movement helped women to actively voice the experiences they had with sexual abuse. Proponents of the #MeToo movement strive to show empathy to women who have been involved in sexual assault. Critics of the movement cite instances where individuals falsely allege sexual crimes and show examples of political bias.

In the field of politicians, we see these principles in action. Politicians violate sexual boundaries just as often as the general public. Male politicians are more likely to commit sexual assault. However, some female politicians have also been called out for and resigned because of sexual assault allegations. Further, some of these instances have been investigated and found no evidence of a sexual assault. Other times, the evidence has been overwhelming, resulting in further calls for politicians to step down.

Violations of sexual boundaries tend to become more public for politicians than for common citizens. Additionally, consequences for these actions tend to be more severe. Elected officials are often called on to resign as they suffer the wrath of the free press. In the instance of Governor Cuomo, many elected officials have called for his resignation. Other times show that many candidates have lost campaigns or chose to resign due to sexual harassment allegations.

Because of the public nature of politicians, they often attract allegations of sexual harassment. Sometimes these allegations prove to be overwhelmingly true while other allegations may be false with motives of political gain. Because sexual harassment includes all unwanted sexual contact, including kissing and touching, perpetrators may be at fault even when they believe their actions were harmless. Sexual assault is a real danger and politicians are not exempt from sexual allegations. Those who are responsible for causing harm to an individual should be held accountable while victims should receive the best possible help for healing.

Posted by William Laursen at 8:29 PM