What To Think About All The Women Running For Presidential Office

What to Think About All The Women Running For Presidential Office 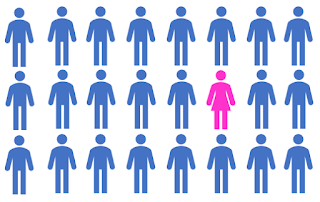 The 2020 elections are a ground-breaking year in female representation. There are more women running for a single party’s presidential nomination than ever before. In the democratic party, we have Elizabeth Warren, Kamala Harris, Tulsi Gabbard, Amy Klobuchar, and Marianne Williamson. Each of these women come from a wide range of backgrounds and thus also have varying perspectives and views on policies. A recent article published by CNBC and written by Carmin Chappell discusses some of the implications of the gender ratio in the primaries this year. The article quotes Kelly Dittmar, a scholar at CAWP saying that “The value of having multiple women candidates is that they force us to think about women candidates in a way that is not monolithic”. She continues by arguing that having five very strong women running in the primaries will force people to look outside gender identity in order to distinguish them from each other. When an individual is a minority in a group, their minority status is often the first and sometimes the only thing an outsider sees. In the male-dominated realm of politics, when a woman is running, her gender is often how she is distinguished from others. Because of this, a female candidate is often stereotyped with traits that are prescribed to women such as emotional and unstable (Schneider and Bos 2013). However, as described above, with multiple women running, we need to look outside this initial “monolithic” way of viewing female candidates and understand more of their policies. 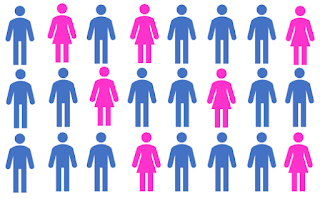 In addition to discouraging stereotyping, the presence of more female candidates also has greater implications for the future of female political engagement. As mentioned above, politics has been a male-dominated sphere for a long time and as a result, women are less prone to run for office, participate in civic engagement or even discuss politics (Jerit 2016). Although women are still not proportionally represented (the current democratic gender proportions are 28% female and 72% male) just having more women running and in office makes a difference. This type of representation is called symbolic representations and suggests that simply being present as an under-represented group in a political sphere can have a transformative effect on the mass public (Pitkin 1967). Because of this phenomenon, researchers have come up with a role model theory (Cambell 2005). This theory argues that when women run for office they are not just representing their area or district, but are inspiring other women to become more politically engaged. Recent research suggests that when there are new female candidates that are running for seats currently held by men, younger women (between the ages of 18 and 29) become more politically engaged and are more likely to discuss politics with others (Wohlbrecht 2017). These results, while promising, were collected from candidates running for Senate and House seats. As such, it is difficult to know if the results will hold for presidential candidates.

However, if these results do carry over to presidential candidates, then we would expect this role model effect to inspire more women to become politically engaged. Additionally, as more women run for office they will be seen, not as "the female candidate" but as separate individuals with unique perspectives and policies. This will help normalize the female politician making it easier for women to women to serve in public offices.