Citizenship: The Lasting Impact of Coverture

On November 14, 2019, a federal judge in the District of Columbia ruled that an American-born woman named Hoda Muthana was not a United States citizen. Her situation is unique, as her citizenship is being debated on multiple grounds. Her father entered the country as a foreign diplomat, and the current policy holds that the children of foreign diplomats are one of the few exceptions to the general rule that infants born in American soil are considered American citizens. Hoda was born shortly after her father was discharged from his diplomatic post in 1994, but the United States government states that it applied diplomatic immunity to him and his family until early in 1995. The most recent case was decided with the lens that the judge in question could not contradict the government's position that Mr. Muthana's diplomatic immunity extended until after Hoda was born, even though the government has previously given Hoda a passport and acted in other ways that would indicate she has citizen status. 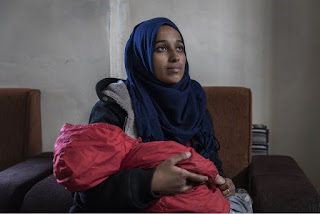 The question of Hoda's citizenship is complicated by the reason for this appeal- after dropping out of college in 2014, she used her tuition funds to travel to Syria and become an active participant in promoting ISIS ideology and encouraged terrorist acts in her online activity. She married an ISIS fighter, who has since been killed, and now has a two-year-old son. Today Hoda is living in an increasingly volatile environment in a refugee camp. She has expressed a desire to return home and her parents have been pursuing legal approval for months, but the combination of diplomatic legality, a young child, a lack of safety, and ideological conflicts have complicated the case immeasurably. Yet even with many factors being considered in this case and Hoda's story, there is a greater context to this situation; women have a complicated history with citizenship rights, state identity, and the balance between loyalty to a country and loyalty to a spouse and personal ideology. Only in this greater framework can Hoda's case be understood and resolved.

In 1789 the United States Constitution was ratified, using terms such as "persons," "people," and "electors" so that it could refer to both men and women without women being considered full citizens of the fledgling country. Grounded in English common law, the laws and Constitution of America were written with an implicit belief in the principle of coverture. Coverture is a word summarizing generations of gendered history, which asserts that during marriage a husband's authority and legal identity covers and absorbs his wife's. Coverture has been the justification for gender inequality in law throughout time. Due in part to coverture, women were prevented from voting in elections, owning property, signing contracts, working, and were at the mercy of their spouse. This belief that a woman's political and legal identity was connected to that of her husband has been woven into the fabric of law from long before the Constitution was written. Over time, some overt aspects of coverture have faded or been altered in the legal sphere. Women in the United States have voted since 1920, have been promised equitable wages since the Equal Pay Act of 1963, and have had the right to divorce based on mutual consent starting in 1969.

Aspects of coverture still pervade our society, especially concerning the citizenship of women. Only in the last decade have women begun to have access to independent citizenship, meaning citizenship without the attached risk of marital expatriation and naturalization. Due to coverture's claim that a woman's loyalty to her spouse transcended her connection to the state, once married a woman became a citizen of her husband's country. The 1907 Expatriation Act codified this belief and it only began to be addressed in the legal realm in 1922 with the passage of the Cable Act.

For Hoda, the historically interconnected relationship between marital loyalty and state loyalty plays a significant role in her plea to return to the United States. In 1921 and even later, her marriage to an ISIS soldier would automatically invalidate her American citizenship, assuming that she was a citizen to begin with. The cultural association between a woman and her husband in the sphere of political ideology and state loyalty has a powerful influence.

To be considered for repatriation, one must fulfill three requirements. The individual must be a U.S. citizen or a dependent of a U.S. citizen. They must be identified by the Department of State as returning to the United States from a foreign country because of destitution, illness, war, the threat of war, invasion, or similar situation. Finally, the individual must be without available resources for living expenses.

Hoda Muthana is certainly facing the extreme circumstances mentioned as the second requirement, and her reliance first on ISIS and now on a refugee camp illustrate that she has no access to resources of her own for living expenses. It is the question of her citizenship that delays repatriation. The New York Times interviewed her alongside another woman seeking repatriation as a dual American/Canadian citizen named Kimberly Polman. Although Polman's citizenship is not in question, she too is still living in a refugee camp with Muthana. These are two women with different backgrounds, similar citizenship, who made the same choice to commit to, support, and participate in ISIS activities- and they are not alone. The New York Times commented that "nearly all the American men captured in battle have been repatriated, but it is unclear why some of the American women and their children- at least 13 known to The Times- have not been." Perhaps there is more at play here than loyalty to an extremist group in regaining citizenship- for these women, not only their past choices but the choices of the past as a whole create barriers between them and a safe return to the country of their birth.