Democrats are obsessed with electability in 2020—but women candidates shouldn’t be worried. 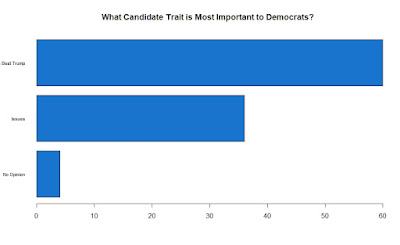 Measuring electability before the election is squishier, though. Head-to-head polls are often cited in electability arguments. According to averages of national polls, Democratic voters prefer the top Democratic candidates over Trump. 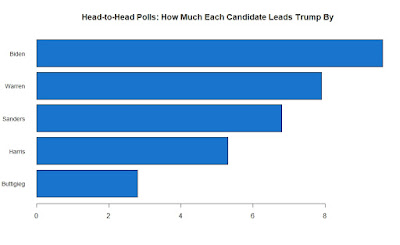 But a year out from the general election is a long time, and people shouldn’t put much stock in them. They mostly reflect name recognition rather than substantive support, though partisan polarization may make early polls more accurate as voting patterns become more predictable.

Even though early polls may not be accurate, electability in the general election still matters to people voting in primaries. Voters tend to be strategic when they cast their ballot. They’ll consider policy positions, but they’ll also consider if they think that the candidate can win or not.

What makes a candidate electable?

A candidate is electable when they are able to gain the support of a majority of voters. This means that there is more than one way to be electable. It is usually assumed that being electable means winning back the white, working-class voters in the Midwest who voted for Obama in 2012 and Trump in 2016, but that ignores other key blocks of voters. Maximizing turnout among minorities could boost a candidate’s chances in the general election even if Democrats fail to win back white, working-class Midwesterners.

According to researchers, there are a few characteristics that make a candidate more electable. First, partisanship is a huge deal. It is well established that partisanship is the most important factor in vote choice.

Well, according to some scholars, no. Women tend to win elections at the same rate as men do, suggesting that gender does not have a large impact on the chances of a women candidate winning.
But if men and women truly had equal footing in elections, we would expect Congress to be roughly half men and half women, which is not the case. In reality, women make up only 24 percent of Congress.

So why aren’t there more women in elected office? Voters still hold policy stereotypes about women candidates. When women candidates are seen as competent on stereotypically male issues, like the economy, voters think that they are more electable. On the other hand, when women are seen as competent on stereotypically female issues, like childcare, voters don’t think of them as more electable.

What does this mean for the women running for president in 2020?

The danger for the women candidates comes in how they portray themselves to the electorate. If they rely on feminine stereotypes, they may get punished electorally. Most of the women running for president—Warren, Harris, Klobuchar, and Gabbard—hold national office, and in order to get to those offices, they would have portrayed themselves masculine in the first place.

The women running for president shouldn’t worry about how their gender affects their electability. Democratic voters are very concerned about beating Donald Trump, but most of the Democratic candidates have a reasonable argument for why they are electable, whether that be mobilizing minority voters or winning back white voters in the Midwest.