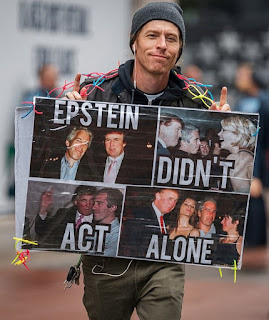 Since Jeffrey Epstein’s shocking death on August 10, 2019, news coverage of the apparent suicide has not diminished.  If anything, it has ramped up.  From a deluge of “Epstein didn’t kill himself” memes to a member of the royal family stepping down from official duties, the Epstein scandal has caused a ripple effect across the world.

Politicians have made statements about finding justice for the victims and the President of the United States even retweeted a conspiracy theory that the Clintons were involved in the death. A former Navy SEAL ended his Fox News interview on live television with the phrase “Epstein didn’t kill himself.”

With all this unusual media attention, there is still concern for the victims. Does making his death a punchline, cheapen the pain and trauma of victims? Or does this benefit them by keeping the story alive? And is there a better way to handle future scandals than turning it into a meme?

Since the rise of the internet, memes have been used as a way of sharing ideas in a clever or funny way. Memes are also a fast way to spread ideas or movements over social media. What we’re seeing with the Epstein scandal is that memes can be weaponized to spread awareness to the public.

The goal of the Epstein meme is to sneak the phrase “Epstein didn’t kill himself” into things where people least expect it. While it might seem like a punchline, it has also been an effective way to keep people from forgetting about a sex trafficker who had connections with world leaders.

There was a recent NPR interview with Don Caldwell, the editor-in-chief of Know Your Memes, who tried to explain the Epstein meme phenomena. He said, “conspiracy theories spread in a memetic fashion that have real-world consequences” and that is what we are seeing with Epstein. What started out as a conspiracy theory meme has turned into mass concerted effort to bring justice to the victims.

What Do Americans Really Think Happened?

Business Insider conducted a new survey between November 22-23rd asking the exact same question to 1,017 respondents. This time 45 percent believed he was murdered, 16 percent believed he died by suicide, and 39 percent were unsure. Those are significant number increases over a few short months.

If these polls are accurate, it suggests that half of the people that believe he killed himself shortly after his death no longer believe that. While there may be some errors in data, there still is strong evidence to show that less of the public believe he died by suicide. Although widespread belief does not affect the truth of these rumors, it does affect the public pressure needed to move the investigation forward.

If Epstein didn’t kill himself, then who did?

At a time when Americans are divided on almost every issue, there seems to be one thing uniting the country— that "Epstein didn’t kill himself.” The conspiracy theories go across party lines like not many things have. This might be one of the few times in last few years that Republicans and Democrats have come together on a shared belief. People in both parties have spoken out about their doubts of his suicide.

A BBC Newsnight interview with United Kingdom’s Prince Andrew has brought new sparks to the whole scandal. The interview was supposed to showcase the prince's innocence but it left viewers with more doubt than before. Prince Andrew was even forced to step down from official royal duties following backlash from the interview and his former friendship with Epstein.

Prince Andrew does not deny that is him in the photo but he said in his interview that there is no way to prove that is his hand on her waist. He did contradict himself later by arguing that he could not have been in the photo because it was taken upstairs in Ghislaine and Jeffrey’s home—a part of the house he claims to have never been.

After his death, New York Senator Kirsten Gillibrand  made a call for a full investigation. Her investigation has led to some action and this week two guards were charged in falsifying prison records and information regarding Epstein.

Epstein’s lawyers have consistently questioned the legitimacy of the suicide ruling.  There have been disagreements between Dr. Michael Baden the forensic pathologist they hired and the New York City Medical Examiner Barbara Sampson who made the ruling.  Dr. Baden thinks the broken bones were more consistent with a forced strangulation and not a suicide. On the other hand, Barbara Sampson argues that they are also consistent with an elderly suicide—which it was.

Whether Jeffrey Epstein killed himself or not will probably be questioned for a long time to come. It seems likely that people will not stop sharing the memes until there is sufficient evidence or until more people are held accountable for their involvement. Epstein may or may not have killed himself but one thing is sure—he didn’t act alone.

Jeni Baker is a senior and a political science major at Brigham Young University.