Gender and the Nike Oregon Project: The Problems Run Deeper than the Program Itself 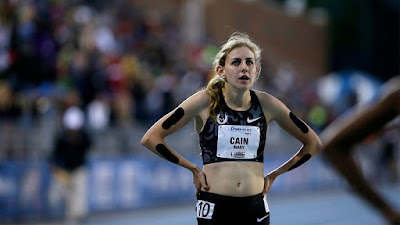 Mary Cain was the fastest girl in the nation. By the age of 17, she held several national records and became the youngest American athletic to represent the US at the World Championship in 2013. Later that year Cain signed on to the most competitive and most prestigious track team in the world—the Nike Oregon Project.

This decision eventually led to the breakdown of Cain’s body. Between intensive training and dieting, Cain developed serious mental and physical health conditions. She lost her menstrual period for three years and broke several bones. She began cutting herself and started experiencing suicidal thoughts. In 2016, Cain left the Nike Oregon Project.

After Cain shared her experience with the New York Times, several other professional female athletes such as Kara Goucher and Amy Yoder Begley have come forward with corroborative stories on how the training culture for high-performance female athletes need to change. Together, with many other women and men, they are dedicated to #FixGirlsSports.

Setting aside the specifics of the Nike Oregon Project, how are the bodies of many female athletes routinely pushed to the breaking point? Even with all of the innovative physiological and biological advancements, why is becoming a “damaged good and fading away” so common in the world of female athletics? 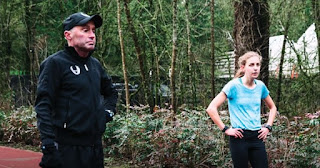 Men as the “Unmarked”
Although the Nike Oregon Project was led by an entirely male coaching staff, the issues in Cain’s training did not necessarily stem from a lack of female coaches, but rather because her training plan was tailored more to fit a man. This phenomenon is not exclusive to only high-performance running. In many sports, the male body continues to be seen as the “unmarked” training model. Generally, unmarked categories are what we consider to be “the norm.” They are often subconsciously accepted, which makes the assumptions they carry almost natural. For example, when children are asked “to draw a scientist”, their depictions are mostly still male, despite the large numbers of women that are currently represented in science.

Historically, men have overwhelmingly dominated athletics, which makes their training models the standard and assumed method. Although women have been participating in professional athletics for decades now, “women and girls are being forced to meet athletic standards that are based on how men and boys develop.”Cain, like many other women, are trained how men have traditionally been trained and are expected to refuel the way men have traditionally refueled. The bodies of women, and especially developing girls, differ significantly from their male counterparts.

Unmarked categories carry significant influence despite their inconspicuous nature. In this sense, the experience of high-performance female athletes is similar to the experiences of women in the workplace. For years, social movements like Sheryl Sandberg's “Lean In” initiative have been instructing women to offer more input and to be more assertive at the office. This rationale is tempting because it seems quite logical. However, the underlying premise of this movement asserts that the male standard is more socially desirable and that for women to achieve what men achieve, women need to be more like men. Moreover, it overlooks the relevant differences and challenges that exist for women regardless of the high levels of ambition they exhibit.

Unmarked categories, both in the workplace and on the track, determine the norm. Especially in the case of female athletes whose bodies are biologically different than their male counterparts, “trying to make a girl fit a boy’s development timeline” increases the risk of serious physical damage. 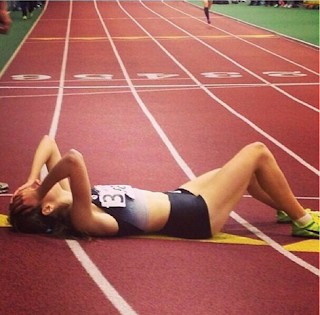 The “Good Girl” Gender Strategy
Upon hearing Cain’s experiences, former-Nike Athlete Lauren Fleshman said, “America loves a good prodigy story and business is ready and waiting to exploit their story, especially when it comes to girls…when you have these kind of good girls, girls who are good at following directions to the point of excelling, you’ll find a system that is ready to take them. And it’s ride with abuse.” Fleshman describes the kind of “good girl” gender strategy that many female athletes tend to adopt. In a broad sense, gender strategies are unique ways we express our femininity or masculinity that also interact with other identities we hold. Gender strategies are often shaped by our race or ethnicity, income, religion, and sexual orientation and often shape the acceptable ways of being a man or woman. The “good girl” strategy alludes to a trusting young woman, one that is totally compliant to orders. She doesn’t question, she doesn’t disagree. If she did, she might be seen as unlikeable, argumentative, and more masculine.

Cain was seen as an inspiration to aspiring female athletes. Being a girl is not only a crucial part of her personal identity but public identity as well. This is true for many other female runners, as being a female professional runner is more of a salient identity because it is much less of the “norm” than being a male professional runner. Pushing back on coaches and being more independent (thus being perceived as less feminine) could harm those other identities. So, with only 17 years of life and no prior professional running experience before joining Nike, Cain, like many other athletes, are constrained in the ways that they could express their femininity. When female athletes feel like workouts are too strenuous to the point of harm it is likely that the system “rife with abuse” will be perpetuated if they are unable to express these concerns.

Taking Steps Forward
Mary Cain’s experience with the Nike Oregon Project shows that there are issues that run deeper than the institutions itself—especially when it pertains to women’s athletics. To effectively #FixGirlsSports and thus prevent the breakdown of young female athletes, solutions will have to come from looking at the culture of high-performance sports from a gendered perspective. 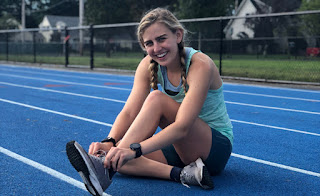 Posted by Jamie Bjazevich at 3:42 PM