Females and the Olympics 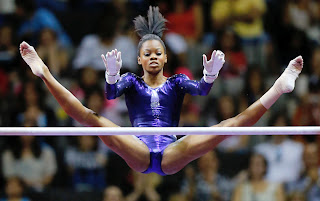 What do the names Noor Al-Maliki, Missy Franklin, Gabby Douglas, Mary Lou Retton, and Rūta Meilutytė all have in common? Do you even know who Al-Maliki and Meilutytė are? Based off the three women you could probably guess that these women have all broken Olympic records. Noor was an athlete from Qatar during the 2012 Olympic Games; the first time Qatar ever sent a female athlete along with Brunei and Saudi Arabia, making the 2012 games the first time every participating country sent female athletes. Missy is an American swimmer who competed for the US in the 2012 games as well. She was 17 when she competed and won 5 gold medals making her the most decorated female US Olympian in a single games, in the US. Gabby was the first ever African-American to win the women’s all-around in Gymnastics, and a part of the team all-around gold medal champions, the first time this has ever happened in the US. Mary Lou was the first American to win the gold medal in the women’s gymnastics all around competition. Rūta is a Lithuanian swimmer who won Gold in breast stroke at the age of 15 during the 2012 game. She was youngest Lithuanian athlete to win Olympic Gold, and also the first athlete since independence to win a swimming medal.

Since the Olympic Games were brought back in 1896, female participation has come a long way. Women were not allowed to participate in 1896, but were in 1900, in a few select sports including lawn tennis. The International Olympic Committee is the governing body of the Olympic Games; they did not allow females to participate in administration at the international level until 1981, 81 years after females were allowed to participate as athletes. Since then however the IOC has made great efforts to eliminate gender bias in the Olympic arena. They have set quotas for women in national Olympic committees. They have passed many rules regarding addition of new sporting events into the games which must include both male and female events. The IOC has been granted permanent observer status in the UN as a part of the women and children committee. They put on conferences every year, or every couple of years just depending, on females and sports and how we can encourage young girls to continue on with the sports and things that they have developed a passion and love for. 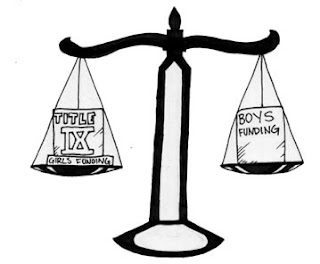 Western politics have been a key component in advancing the equality of women in the games. Title IX, a bill passed in the 1970s in the United States aimed at eliminating gender bias in education and athletics, was a large influencing factor. Title IX allowed for more female athletes at the high school level; there are to be equal numbers of male and female athletes, not teams, meaning there are typically a few more girls’ teams due to large demand of football athletes. This created a push (also a rule included in the bill) for female collegiate athletes, but where to go from there? Males have more opportunities to aim for higher athletic goals in college, as many there are many professional leagues, but what about girls? International play was, and still is for the majority of women’s sports, the only option for post-college play. This created a large push for more female Olympians, and correspondingly, events. Another example of Western political influence is from 2012; Saudi Arabia, Brunei, and Qatar were extremely hesitant about sending females and many western states wanted the IOC to put pressure on these countries to send females or not be able to participate, ultimately they did send women without IOC force.

The Olympics have been and continue to be an international stage for countries to show their legitimacy, and politics to be debated on the field by athletes. The games during the Cold War are evidence of this statement, Hitler and Nazi Germany hosting in 1936, China allowing Taiwan to compete as a separate nation state, the expulsion of South Africa because of their laws of Apartheid, and many more. The outcomes of female participation are endless and infinite as we may never know the full extent of what opportunities it provides, especially in the Middle East as many doors are just now being opened; but do know that being told you play like a girl will no longer be considered an insult. 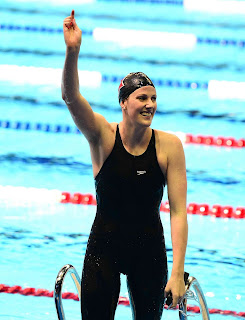