Hillary's In To Win 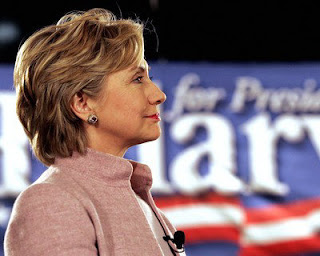 The 2008 elections were a historical landmark in American history as many new thresholds were crossed, particularly regarding the political candidates for office. Though not the first time a woman had run for the Presidential nomination, this election saw Hillary Clinton rise in the primaries and nearly attain the nomination for president from the Democratic Party. Though she may seem too obvious a choice for discussing female politicians, I chose to analyze her campaign because she has achieved many firsts for American female politicians and her experiences best exemplify the plight of female candidacy for office in the US. Hillary’s campaign efforts were fierce and it was clear from the get go that she was serious about running for president and just as capable as her male counterparts to do so. Her campaign, though not successful in getting the nomination from her party, was successful in dually portraying her as a fighting, strong, no monkey business leader, as well as a woman with compassion and passion for stamping out gender inequality and sexism.

Hillary served as the First Lady to the US while her husband Bill Clinton served as president from 1994-2000, as Senator of New York from 2000-2009, and is currently serving as US Secretary of State. She is the first woman to represent the state of New York in the US Senate, as well as the first American First Lady to run for public office and to serve in the President’s cabinet. Hillary won more primaries and delegates than any other female candidate in American history and has arguably gotten the closest of any woman to sitting in the oval office.

Hillary’s campaign was somewhat of a roller coaster ride. Her campaign is known for being very determined and strong-willed (to match the powerhouse of a woman running for office) but is criticized for lacking clear lines of authority (Sheehy). Hillary’s team shifted around a bit and both her campaign manager and strategist changed in early 2008. Only one of the “Big Five” (the main leaders of her campaign) had ever run a national presidential campaign before, however, most of the people on Hillary’s team had been with her for a long time and they all respected and supported her (Sheehy). Her original strategist Mark Penn (in addition to her husband Bill) pushed Hillary to not run as a woman and portrayed her as tougher than any man. Some of her loyalists perpetuated this image by questioning Obama’s manhood and proclaiming Hillary as “the only candidate with the testicular fortitude to be president” (Sheehy). However, four of the Big Five thought that Hillary’s warmer, compassionate side needed to be displayed as well. The American people were already familiar with Hillary’s tough, fighting character from her experiences as First Lady and had already experienced plenty of “Hillary Hate” before even announcing that she wanted to run for president (Campbell). But were they familiar with her more personable side? And thus Hillary was kind of caught in a continuous battle of image—to present herself as tough enough to compete alongside men for the oval office, but still appeal to people who were looking for human qualities in her that they could relate with. In addition, Hillary could easily rack up a huge support system from female voters, if she played her cards right. Hillary has always been a huge advocate for the underdog, particularly for women. Playing up her plight against women’s inequality and using the prevalent sexism she encountered on the campaign trail would prove to be one of her biggest advantages in gaining voter support (Carlin). 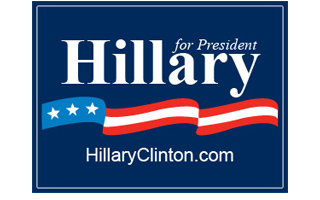 One of most interesting things about this campaign was the decision to do the campaigning using her first name instead of her last name. Take a brief look at the campaigns of other candidates—Obama, McCain, Huckabee, Edwards, Palin, Biden—they all go by their last name. None of her male competitors campaigned using their first name, nor did the other significant female figure in the race. No one would know whom you’re talking about if you say, “vote for John.” And yet Hillary forsook her last name in her campaign and went by her first instead. It’s possible that the presentation of herself as “Hillary” rather than as “Clinton” was done as a way to separate herself from the former presidency of her husband, and to emphasize that it her candidacy for president, not his. Considering the confusion that could potentially arise, this makes logical sense. (When someone says the name “Clinton,” who is first to pop into your head, Bill or Hillary?) Or it could have been that this was a strategy to boost her feminine side. The name “Hillary” sounds much more feminine and draws direct attention to the fact that yes, she is a woman, and she is running for president. This subtle appeal to her femininity helped to balance out her strong, masculine personality and make her more appealing to the population of voters that is still intimidated by the idea of a strong-willed female president (Carroll).

If you look at Hillary’s campaign in terms of electoral outcome, then her campaign was not a success. She did not get the bid from her party to run as the Democratic nominee for president. However, there is much more to be taken into consideration than just getting elected. Hillary now serves as the Secretary of State for the US on President Obama’s cabinet, which in itself is a huge success, and a huge task. Some consider Hillary’s campaign to be a feminist reawakening in America, drawing attention to the huge amount of sexism in politics and the media (Fortini). In the end, Hillary’s campaign showed America that women have what it takes to compete with men for the Oval Office. It showed that sexism is alive and well in our country. It planted the idea of a woman as our commander in chief into the minds of Americans. And the consideration of that idea is what is setting the stage for the US to elect a woman as president sometime in the near future. 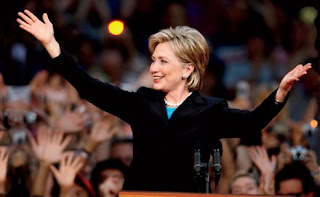