The Interaction of Party Affiliation and Gendered Campaigns: Case Study of Mia Love

Utah’s 4th district is making a name for itself as one to watch in the elections this November. The tight race between incumbent Rep. Jim Matheson (D) and Saratoga Springs Mayor Mia Love (R) is making national headlines. The district really isn’t significant for any reason (unless you ask the locals). It is basically fly-over country.  So why the clamor? First, a six-term incumbent who is the opposite party from the majority of his constituents will likely finally get the boot. Second, his challenger is a woman. And black. And Republican.

Mia Love has the potential to become the first African-American Republican Congresswoman ever; and yet, that is not something she likes to point out. Though she has the possibility of making history and breaking a significant glass ceiling, NBC reported: “Love feels that her race won’t be a factor in her effort to become the Republicans’ first African-American congresswoman, saying that her race and gender “doesn’t matter.”” The Salt Lake Tribune added, “Love has tried to downplay her race and gender, insisting that policy differences should be the focus of the race.” The fact that Love is not making an issue of her gender or race (both of which are especially significant in Utah) seems to actually be a defining point of her campaign. I’ll first give you some background on Love’s campaign, and then address the question of why she is avoiding the gender issue.

After Mia Love had served on her city council and now as the Mayor of Saratoga Springs, she began a bid for Congress early this year and soon won 70% of the delegates at the state convention (WashPost). Love’s campaign has focused on three simple messages: fiscal discipline, limited government, and personal responsibility (Issues). Her status as the challenger at first necessitated a grassroots campaign because of lack of funds. Love’s campaign website totes a list of “cottage meetings,” where a citizen opens his or her home to neighbors to meet Love. 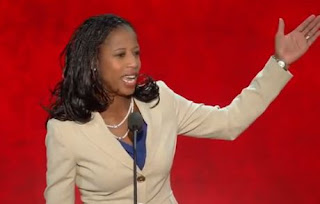 Love’s campaign has certainly had its rough patches: Love is on her third campaign manager and there have been multiple miscommunications and scheduling problems among inexperienced staffers. The Salt Lake Tribune reported the Utah Republican Party “stepping in” to help manage operations.  As her campaign grew in strength, the Republican Party started sending in national figures to campaign for her such as John Boehner, Eric Cantor, Condoleeza Rice, Paul Ryan, and John McCain. The connection with the national Republican party grew as the National Republican Congressional Committee quickly became her largest supporter. The Salt LakeTribune reported that as of October 15th, the NRCC had spent $1,076,721 on advertising on behalf of Love.  This all led up to an invitation from Mitt Romney’s campaign to speak at the Republican National Convention (DeseretNews). The following explosion in news coverage helped Love move ahead of Matheson in some polls and caused her to more than double Matheson’s fundraising in the third quarter (Love4Utah).

So, why is Love refusing to campaign on the fact that she is a woman? Perhaps we can gain some insight from comparing her to a couple other female candidates.

In the Love-Matheson race, we have a Male Democratic Incumbent facing a Female Republican Challenger. If we reverse just one of these points, we could compare this race to a Female Democratic Incumbent facing a Male Republican challenger. In other words, we could compare the Matheson-Love race to the race between Jan Schakowsky (D) of the Illinois ninth district to her challenger Timothy Wolfe (R).

Though Love and Schakowsky are both women, there is little else their campaigns have in common. One commonality is that they are both strong partisans, running in a district where theirs is the majority party. Schakowsky is said to be an “outspoken progressive” (Progressive) - a far left Democrat who serves as Chief Deputy Minority Whip in the House of Representatives (House). Love is a strong Republican known to support the Tea Party.

Love and Schakowsky approach women’s issues from opposite directions. As I mentioned before, Love largely avoids gender issues. In fact, the three issues her campaign runs on (fiscal discipline, limited government, and personal responsibility) are decidedly not stereotypical feminine issues. On the other hand, Schakowsky is deeply involved in women’s issues and uses that in her campaign. Her campaign website says that she is a “leading advocate for women’s issues in Congress” and lists the policies she has supported. 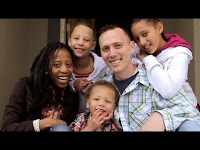 One other interesting difference between these two candidates is the use of family roles in their campaigns. Mia Love, being in conservative, Mormon, Utah, often emphasizes, “I’m a wife and mother, first and foremost" (SLTrib). Schakowsky, however, rarely brings up family except quickly at the bottom of her biography page on her campaign website. This likely reflects an ideological difference. However, it is important to note that family relationships would not be a strong point for Schakowsky – she has divorced and re-married and her second husband was recently convicted of bank fraud (NNDB).

The comparison of Love and Schakowsky leads me to hypothesize that gender is used in different ways when campaigning in different parties. As one more slightly less similar example, I wanted to look at another Republican woman to compare to Love. One recent and well known example is Michele Bachmann. Bachmann and Love are both strong religious conservatives and both downplayed the gender card and largely avoided gender politics (HuffPost). They also both focused on their family roles and background as an important part of their campaign message. Bachmann often referred to her experiences as a mother of five and foster parent to twenty-three. An interesting point of departure is that as Bachmann got closer to the election, she started emphasizing her gender to try to collect votes (HuffPost). However, she still did not address women’s issues – she simply referred to herself as a strong woman and feminine leader.

Conclusion
The two comparisons to Schakowsky and Bachmann lead me to believe that how a female candidate uses her gender is a product of her party. It may be that Republicans are more likely to mention family roles, while Democrats are more likely to run on women’s issues. If we believe this, then it is not surprising that Love has largely downplayed her gender and the historic nature of her race. Noting that she is a strong partisan and is running in a very conservative area, it is to be expected that her gender not be highlighted in her campaign. Yes, Mia Love is a woman, but in her run for election, it is her Republican affiliation that determines the content of her campaign.
Posted by Taylor at 10:55 AM