It’s 2015 just before the Super Bowl. Amidst the excitement for the game, flames of controversy engulf the nation as activists across the country cry foul to an ad scheduled to air during the big game. The accused was GoDaddy.com; an internet domain registrar known for its edgy and racy commercials. Popular GoDaddy ads of the past had featured busty girls falling out of their shirts, barely-there wet white tank tops, strip teases, and a constant promise for even more revealing if not blatantly pornographic content on their website. Despite such explicit content, not a single ad had been pulled from the Super Bowl lineup since it launched its first commercial.
What, then, could have pushed the American conscience to protest the 2015 GoDaddy commercial? Rather than sexual innuendos, it was a punchline alluding to selling a puppy over the internet by a modest, older farm-lady. In one year, an animal had accomplished a moral outrage that had not been possible for 7 years’ worth of degrading and objectifying commercials against women. 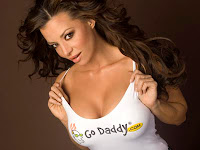 How can a country be complacent with gratuitous immodesty and sexism for nearly a decade, yet come unravelled at an implication of animal abuse? The answer is that sexism has been normalized in American society via Super Bowl commercials for the better part of 48 years. Although the above example focuses on women, both sexes are affected by what they view on television. In a landmark study from researchers Haejung Paik and George Comstock, viewers of violent or erotic television content were significantly more likely to adopt aggressive behaviour because of television's influence (Paik and Comstock). A 1984 study confirmed this same effect on gender by showing that implicit sex stereotypes significantly inhibit women’s achievement ambition by showing women in less ambitious career positions in Television  while non-traditional portrayals help women achieve more (Geis, et. al). 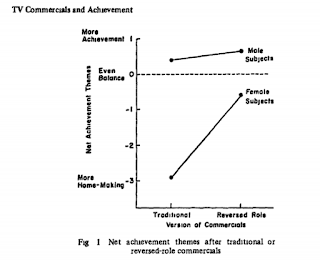 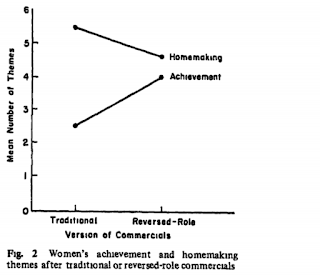 This blog will show how super bowl commercials subliminally and directly skew portrayals of gender through their setting, portrayal of gender characteristics, and inter-gender roles.

The first mechanism for communicating sexism in Super Bowl commercials is through the portrayal of normalcy through common social settings. Although designed to appear normal, these settings are riddled with subliminal stereotypes. For example, in many commercials, women are not even present. Despite women making up half of the world's population, they are drastically underrepresented in Super Bowl ads and this can be dangerous.  In a study performed in 2007, researchers showed how children’s story books rarely featured any female characters, and those that were featured were incapable of action-hero type behavior. Consequently, young girls grow up learning that they cannot take proactive action or do exciting things as the boys can (Clark et. al, 70). Super Bowl advertisements have an identical problem. Of all the commercials screened, it is likely that less than half of them featured no women at all while no screened commercial featured no men. After realizing this, I sought out female-only super bowl commercials and found a few examples, but generally only ever laced with a theme of sexuality. This is dangerous. An absence of women, as shown by the above studies, discourages female ambition and self-worth.

Gender identities are also reinforced by portrayals of typical and acceptable male and female characteristics that, while not necessarily malicious, are still categorized as benevolent sexism. For example, one of the first super bowl commercials in 1968 showed a woman and two men buying cigarettes. The woman asked for a “cute” cigarette, ignorant to its name and playfully unable to express herself well. Then, a second man ordered the same cigarettes in a similar manner. He was followed by the third man who, in a deep and assertive tone, ordered the no-filter Camel Cigarettes specifically and purposefully. The narrator then told the audience not to order “frilly” or “fancy” cigarettes like the first two. In this commercial, the first man is shown to be on par with the woman in his taste for “feminine” cigarettes and is clearly looked down upon for doing it. Furthermore, women were shown to be indecisive, ignorant, and child-like in their tastes and competency. Men were shown to be strong, assertive, and deep-toned or otherwise feminine and misguided. 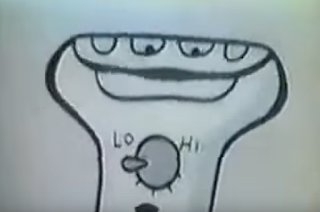 https://www.youtube.com/watch?v=bdzSyBOjlGA (adjustable razor shows that masculinity is in part determined by facial hair and deep voice)

The last layer of gender identity enforcement extends beyond the setting and into inter-gender roles. Typically, women are shown to be a prize for conquest, sensual service providers, or a responsible check to a man’s fun. Conversely, men are shown to be protagonists or irresponsible and boyish. For example, a popular cars.com commercial in 2009 featured a character named David Abernathy. David was the most confident and successful person born. To prove his success, the commercial explained how he had dated a much older girl in middle school and, in high school, he dated a desirable prom queen and the prom queen’s mother. These events, combined with the other heroic and daring events from his life, show that men are protagonists and adventurers, while women are items for conquest. Regarding sensual service providers, the most forward example is the famous Farrah Fawcett Noxzema commercial in which she suggestively rubs shaving cream on a man’s face to which he responds even more suggestively, “You’ve got a great pair of hands.” The other examples included below show how women are only seen as desirable for men’s interests and present no intrinsic value alone.
Lastly, women are often shown as responsible figures checking men’s fun. In the 80s there was a stream of commercials featuring Michael J. Fox and an actress posing as his wife for Diet Pepsi. In these commercials, Fox is shown as being daring, adventurous, silly, and irresponsible. Meanwhile, his wife maintains perfect poise and dignity and is sometimes embarrassed by Fox’s boyish adventures. No commercial featured a man being the responsible party while his wife sought adventure or fun. Women are portrayed as motherly responsible figures, yet men never as such. Though these commercials are not graphic or demeaning toward women, they are perfect examples of constraining benevolent sexism where roles are shown and expected of women and women only. 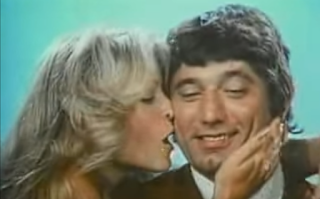 Regarding featured roles for men, consider a funny commercial spoofing the running of the bulls with the “running of the squirrels.” In this commercial, men were shown running, jumping, falling, and suffering all kinds of serious but glorious injuries in the streets. Where were the women? They were exclusively kept on the periphery as bystanders or nurses. Their job was clearly defined as spectators or caretakers. In no way were they to participate in the actual adventure. Together, we can see holistically how women are taught to be passive while men are taught to take the lead without fear of danger or responsibility through benevolent sexist themes.

Although there were a couple of redeeming commercials (below examples), most super bowl commercials do not take seriously the consequences of the kind of socialisation they broadcast. As we’ve already seen, these images actually do take a toll on men and women’s mental state and can often lead to more tragic consequences. Additionally, some of the racier ads or pornographic content used to appeal to men have been empirically linked to human trafficking, violence against women, and child abuse. The ideas we send out in our commercials need to be tapered by morality and higher judgment. It is not wrong to be creative and funny to sell products, but society must be socially responsible and aware of its sexist tendencies to avoid further harm to its viewers.