Media Biased Based on Gender?

There is no doubt that the media plays a big part in society today. Basically, no matter where you turn, you can find news reports, op-ed pieces, and breaking news articles. This is due, in part, because of our advancements in technology. You have access to major news networks, blogs, and status feeds through your phone. Whether or not you agree with the content these news sources are pushing, it would be hard to deny that they are not getting more attention, and that they are not having an effect on today’s society. A popular news story can get thousands of “re-tweets,” or “shares,” in a matter of hours. But is the media pushing a sexist agenda against women? We have talked about gender and the media in class, and that women and men are both discriminated against in the media based on gender. However, it seems as if the rate at which females in politics are discriminated against is much higher than the rate of male politicians. I will be using well-known politicians, Mitt Romney and Hillary Clinton, and the media attention they have received, as examples. 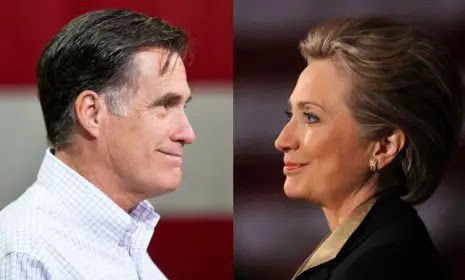 One of the first articles that pulls up when I entered “Hillary Clinton” into Google is an article published by the New York Post, written by Lee Rood. The title of the article is, “Is Iowa Already Sick of Hillary Clinton?” The article talks about how Iowa voters are going to perceive Clinton as a 2016 candidate stating, “Iowa’s caucus is a personality contest,” and “There’s a slice of the state that considers her too calculating.” Although not outright, this article hints at something sexist. Personality contest? Shouldn't the voters be worried about Clinton’s experience and her platform? However, it does seem to be a personality contest across the board, and not just against Clinton. According to the article, Iowa voters are leery of Biden 2016, and any other big name from the Democratic Party, citing that Iowa voters like “new blood,” from both parties each election. That being said, the article does mention how voters view Clinton as being, “too calculating”. A strategy not normally associated with women (women are flowery and friendly), which may suggest some issues Clinton will have with balancing being a woman as well as being a candidate.

A profile piece, done by Politico, delves into the issues Clinton faces as a woman candidate. Right there already, I see some bias. It would be rare, if not unheard of if there was an article on Mitt Romney, or President Obama that talks about the issues of being a male candidate. There are issues about being a Black candidate or a Mormon Candidate and the issues that come with being a part of those groups, but not one solely focused on gender. The article also talks about the effect that the media has had on Clinton’s decision to run. The author talks about the multiple factors that will go into Clinton’s decision to run, one in particular being the strain that it will have on “mother-to-be Chelsea”. What? I would guess that there are hundreds of male government officials who are or are going to be grandfathers, and this is never brought up as an issue in their runs for office. Mitt Romney has 22 plus grandchildren, and the only time they are ever mentioned is when he is being honored as a family man, or well-rounded candidate. They are never a negative to Romney, so why so with Clinton? Does having grandchildren negatively affect a grandmother’s ability to be a capable elected official? 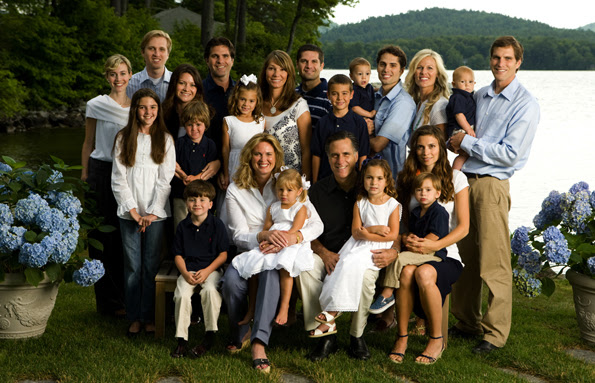 The most interesting part of the Politico article was the fact that Hillary Clinton herself addresses the media discrimination she claims to receive. An interesting part she says about her hair, “I’m not stupid; I know I should do more to suck up to the press, I know it confuses people when I change my hairdos,” why do hairdos matter in an election? Given, I have heard a lot about how perfect Romney’s hair is, but when he quaffs it a different way, no one bats an eye. I think in part this is because the lack of choices we allow men to have in dress and fashion. I would bet that if Mitt Romney showed up in a bright pink tailored pant suit, people would talk. The media would have a hay day. The structured ideas that society has about what men and women should wear, especially in a public official capacity, is very limited, but women have more wiggle room. And that introduces more room to comment and criticize. Media is biased towards women at a higher rate because we have gender stereotyped issues about fashion and style towards women, but both genders are affected by this negatively. Men have almost no wiggle room and women have too much wiggle room.

Hillary Clinton is an example of media bias where that bias is created by more than one factor. Her history in politics, her familial situations regarding Bill Clinton, and her post-Clinton presidency, have all played a part in the “toxic relationship,” that Hillary has with the press. Basically, she is not being discriminated against in the media just because she is a woman, and she acknowledges that in the Politico article.


I did find it interesting that while I searched for “Hillary Clinton” on Google, I found a wide variety of articles totaling in at around 72,000. Some of the articles focused on her predicted 2016 bid, and others were about current political news. There was also a lot of articles about what people are criticizing Hillary for. When I searched for “Mitt Romney” on Google, a majority of the articles were about what Romney has said in recent political arguments, totaling around 44,000. This may be attributed to the day I searched for articles, but I found it interesting that there was more of an attacking them on the “Hillary Clinton” search. There was also quite a deal more articles on Hillary Clinton which does factor into the assumed bias she has from the media. Does this suggest that the media does treat men and women differently? Hillary faces a hardship that all women in politics will encounter sometime in their careers, if not on multiple occasions. Politics is considered a, “man’s game” and until we fix that, when women come out with “man-like” characteristics, people are going to raise an eye and make a note of it. Until the media and the public can be convinced that there is not anything interesting about a story on Hillary Clinton or any other woman being, “too calculating,” or avoiding her maternal instincts, we are not going to change the way society views women in politics, and this bias will continue to exist.