Model Representation for the Nation
I won’t be alone in a discussion of female representation in the Utahn and American political spheres to acknowledge that Mia Love’s defiance of stereotype and tradition, as an African-American Republican Mormon woman elected to Congress, is a phenomenal addition to the diversity of voices that make decisions for our country. 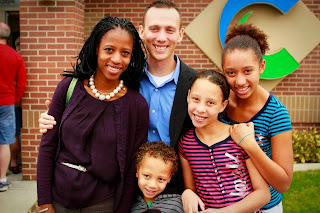 As the first Utahn woman elected to Congress since 1995, she contributes greatly to the measures of descriptive representation for the state, and offers a smiling face for the wide range of demographics that can identify with her. She has added herself to the slate of other women representing Utah who serve not only as representatives of the people, but as role models to others to consider public office as they aspire to embrace and enhance the community. Especially in encouraging the entrance of the next generation of women into public office, toward achieving parity and a more proportional representation in Utah, these role models are essential figures. Their examples act as an inspiring force in the evolution of the citizen to become the participant and then the leader in politics.

Therefore, as we acknowledge the influence of female role models with regard to representation in Utah politics, this analysis explains the context of female representation unique to the Beehive State, and further delves into token Utahn role models whose lives serve as standards for a future generation of Utahn women to take office. My hope is that a better understanding of the role models Utah women have come to honor can lend itself to a greater understanding of female political participation as a whole in the Beehive State. In turn, it should shed light on the need for a more comprehensive recruitment of eligible women occupying and succeeding in political office.

To begin, understanding the significance of female role models in Utah demands that we comprehend the context from which they arise. Utah itself plays host to a unique political environment, and one rather filled with ironies. In September 2013, the Center for American Progress published a ranking of how women fare across the fifty states. Utah was ranked last for females in positions of power and decision-making, both in the private and public sectors. This does not seem to align with the 2014 census statistics that portray Utah women on par with national women in terms of holding Bachelors degrees (28% and 29%, respectively). Nor is it consistent with statistics that Utah women participate in the labor force more than the U.S. average, which has been the case since 1980. Further, both spouses in Utah participate in the labor market at a rate comparable to the United States, where only 7% more Utah husbands than U.S. average husbands participate in the labor force when their wives do not. Overall, these findings indicate that women in Utah are not disengaged nor invisible in comparison to the nation, but yet they still refrain from occupying positions of power.

When we extend this comparison to political offices between Utah and the nation, however, the differences are stark. Even though Utah was the second state ever to enfranchise women and to elect women to its legislature in 1896, including one state senator whose election meant defeating her husband in the same race, Utah have only sent four women to the national Congress since its statehood, including Mia Love. Meanwhile, no women have been elected to the U.S. Senate in its history. On a lower tier, women hold 23% of the statewide elective executive offices (ie, governor, state treasurer, attorney general, etc.) across the nation, while Utah has only had two women occupy these offices ever. One of them, Olene Walker, simply replaced Lieutenant Governor Mike Leavitt and was not chosen when we ran for election to the office at the end of the term. Then, Utah currently has 5 females of 29 total state senators, and 12 females of 75 total state representatives in office. And finally, 12 of 161 total mayoral seats are occupied for women, most often for cities with populations of 10,000 or less. Certainly, Utah has wide strides to make in reality in lieu of its historical prevalence in empowering women.

But can we attribute some of the low proportions of female representation in the public sector to the absence of available role models for these ladies? In other words, do the low numbers of women become self-stabilizing simply because aspiring Utah women don't have examples to look up to? Former Utah Representative Beverly White stated in her 1993 book, "It takes time, energy, funds and determination to be elected into political office but if you have the resources to give either in education or experience, you should be willing to share them." But female words as strong as hers are rare in Utah history. Finally in the 2014 midterm elections, women saw the faces of Luz Robles, Donna McAleer and Mia Love to relate to, and from them draw encouragement.

Let's look at a handful of female profiles in Utahn political history:


In this understanding of these hardworking female public servants in office, hopefully we can see the potential this state has for reaching closer to parity in its representation. These accomplished women are part of a great irony where the widespread political participation of women in Utah do not match the levels of accomplishment their counterparts in office have attained. My hope is that the women of Utah will see these ladies as role models for their own aspirations, and will seek to go above and beyond where they have. Ultimately, role models have a place in the pipeline that produces political representatives, and it is important not to ignore the gravity it has when women emulate other women.