Gender: The Challenges of Equality in Chile.

It will not take much time after analyzing the particular case of Chile regarding the gender gap, to agree with the former president of the country Michelle Bachelet, who said that in Chile “we still have unfinished duties to performed on this matter.” https://www.youtube.com/
Women in Chile have advanced and conquered rights adjusted to international standards, particularly in the level of political participation, although Chile is far from achieving parity or 40% of representation in positions of political and parliamentary election.  In Chile, women are not actively participants in political life. Only 5 among the 38 senators are women, only 17 deputies between 120, only 43 mayors in 345 municipalities, also in Chile only 4 females are ministers of the 22 members that make up the current cabinet of Michelle Bachelet http://www.electionresources.org/.
In this area, the country presents a lag in relation to the rest of Latin America, when compared to its neighboring countries; Argentina has almost 39%, Bolivia 25% and Peru 28 % of women in their parliaments. Overall the presence of women in the Chilean Parliament has evolved very slowly, without being able to exceed 15.7 %, reaching well below the regional average in Latin America that reaches 22.3 % and clearly further away from the 25% that point to the OECD http://www.ipu.org/.
It is estimated that if Chile continues at the current pace, it would take 30 more years in order to achieve the 25% set by the OECD. These negative statistics contrast with the fact of having had one of the first women presidents elected in Latin America.

Both the choice of a woman as President, as well as the response to various surveys, show that there is no bias in the voters toward one sex or the other. This is apparent in the survey conducted by UNDP Chile for the Human Development Report "Gender: The Challenges of Equality, 2010" which showed that to be consulted about what candidate would be elected if they had to choose between two candidates with the same proposals, from the same party or coalition policy, but of a different sex, the majority of the people surveyed noted that the gender of the candidate was not relevant to their decision. http://estudios.sernam.cl/
If it is recognized that there is a clear inclination to vote for candidates of one sex or the other, one wonders why there are so few women in elected positions. The answer to this question is not unique. Various factors act together and affect the possibilities and opportunities that women have access to these elected officials. 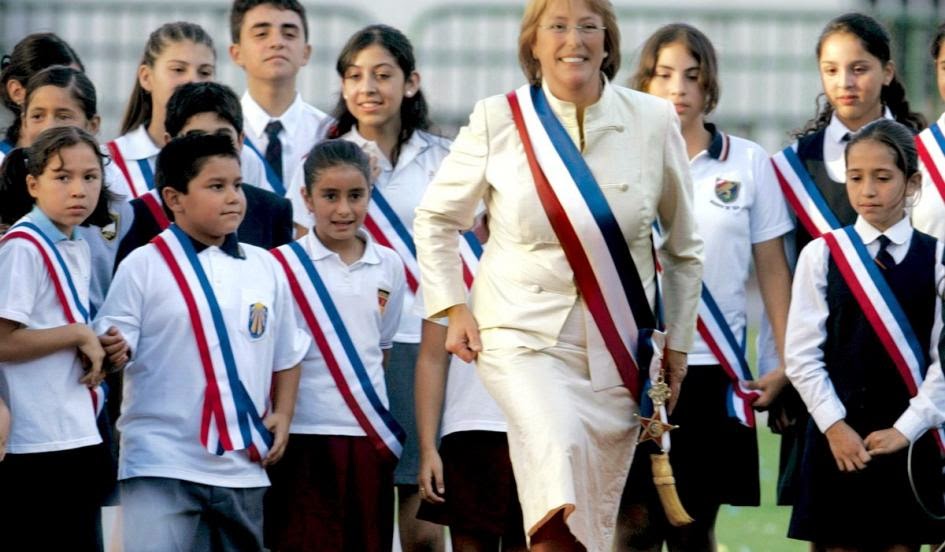 The international evidence shows that institutional factors have a high incidence in the chances of women to become elected officials, the electoral system being a key factor. Proportional representation systems are more friendly with women than majoritarian systems, since it determines to turn the party's strategy for selecting the/candidates to compete for those seats. When the district is uninominal, i.e. when there is only one seat, the party or political bloc by definition can only win a seat, so you don't have room to balance the representation of different groups of the population in its list of candidates. In Chile, there are three types of systems: majority in the mayoral elections, binominal to congress, and a system of proportional representation for the election of political councilors. Data shows that it is in the seats of political councilors where there is a higher percentage of women, however, this percentage is still too low to claim that the electoral system alone explains the current situation of low women participation in politics in Chile.

The other factor that has a strong impact on the presence of women in elected officials is the political parties themselves. The parties are the 'gatekeepers' of the policy, since they define the templates of candidates. Traditionally, these have been nominated for a very few women as candidates. None of the parties with parliamentary representation has been able to overcome the 25% of candidates, and in some cases nominations have not even been submitted to any women in certain elections. On the other hand, the largest parties and the ones that usually present a greater proportion of candidates, have lower percentages of women than their list of running-mates. For parties, or for those who make the decisions within the political parties, women are often invisible and some argue that there are no women who want to be candidates or who wish to exercise these positions.

However, experience has shown that in Chile there are women ready to compete, but they face a series of barriers and difficulties linked to the traditional roles that have been assigned to them and to the vision of the role of women in society. Almost exclusively the responsibility of the household chores and child care has an impact on their decision to compete. In addition, this decision means the majority of the times, a negotiation with the couple, as it is not possible to develop a political career without that support.  In Chile, for men these aspects have less weight in their decision to compete, because they, unlike women, have a woman who will be responsible for maintaining the house and the children and that will support them in the search for an electoral office. Therefore, women in Chile have advanced and conquered rights but in terms of gender gap and political participation, "Chile still have unfinished duties to performed on this matter."https://www.youtube.com/