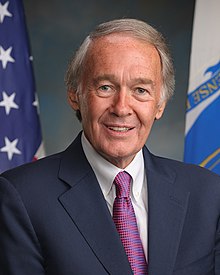 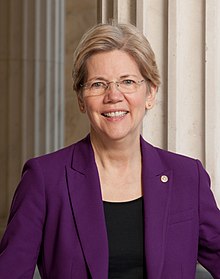 The two United States Senators from Massachusetts are Elizabeth Warren and Ed Markey. These two were both lawyers, they’re both Democrats, they’re both Christian, and they’re only three years apart in age. There is, however, one obvious difference between them: Senator Warren is a woman and Senator Markey is a man. With so much in common, the sex of these senators is the one of the most visible characteristics that could differentiate how they are covered in the media. I have carefully analyzed the media coverage of these two candidates and found some differences, but I cannot draw any strong conclusions about whether or not these differences are due to the sexes of these senators.
In a CNN article shortly after Ed Markey was elected to the Senate, his win was discussed in a generally matter-of-fact manner. The article talked about how this was a special election, and that this led to an extremely low voter turnout. It said that the race didn’t receive much media coverage due to the lack of upcoming legislation. It also mentions that the campaign was fairly nasty, mentioning that Markey went after his opponent over his tax returns, career, and position on term limits. While this appears to have been stated as objectively as possible, it’s certainly negative coverage. Finally, the bit from Markey’s victory speech that CNN focused on was when he talked about how far he’s come from his humble beginnings driving an ice cream truck.
In a Boston Globe article after Elizabeth Warren’s election to the senate, the tone was a little different. It talked about her in a positive light. The article mentioned why people voted for her, how she’ll help move the country towards “robust liberalism,” and that she was a high school debate champion. From her victory speech, they quoted her as saying she was grateful to her supporters and promised to be their champion. Because men are stereotypically more career-driven and women are often viewed as more social, it could be argued that the differences in which statements were picked out of their victory speeches had something to do with the senators’ sexes.
After looking at the coverage of their election victories, I looked to see how the coverage of Markey’s and Warren’s issue positions differed. I found a CNN article about Markey’s opposition to a TSA decision to allow small pocketknives on airplanes. He called it unnecessary, counterproductive, and dangerous. He mentioned 9/11 as evidence of what a knife in the hands of a terrorist could do. Markey also said that it was impractical to try and figure out which knives would be allowed during the airport security process. Readers of this article were walked through the reasoning behind his position, and they were given the impression that he had thought it through.
Gun control is a similar issue because it involves individual rights versus security, so I found an article on Politico titled, “Warren Rips into GOP, NRA.” Just the title alone made Warren sound nasty, and this continued throughout the article. It said that she “hammered” Republicans over blocking Obama’s nominee to lead the CFPB, which seems like a strong word to use when all she really said that was that the block was about “keeping the game rigged.” It then said that she “hammered” the NRA when she said they were one of the lobbyists trying to rig the system and keep the public in the dark. She went on to say that the NRA has made it their goal to stop efforts to document gun violence, so perhaps it’s fair to say she hammered them. But in Markey’s case, even invoking 9/11 wasn’t enough for CNN to paint Markey’s opposition as an attack. Warren does not appear to have been any harsher on the NRA than Markey was on the TSA, yet she was portrayed as angrier. This could have something to do with their sexes, as it’s often believed that women can say the same things as men and be viewed as more aggressive.
I then looked to see how both senators’ disagreements with Donald Trump were covered. An article from MassLive, a local Massachusetts news source, was titled, “US Sen. Ed Markey: ‘Hillary Clinton is Right, Donald Trump is Wrong.’” This was an interesting headline considering the article’s content. Markey said that Trump wouldn’t be able to beat Clinton with an insult-a-thon more fitting for a reality show. He also said that Trump’s wall along the Mexican border would be a symbol of hatred and division. Given these remarks he made about Trump, it seems bizarre that they would use such a bland quote as the title.

In contrast, a CNN article was titled, “Elizabeth Warren: Trump Is a Bigger, Uglier Threat Every Day.” Warren compared Trump to a demagogue and said that all decent people should unite against him. The article also talks about how she responded to the violence at Trump’s rallies. Right after a quote from Paul Ryan that more directly blamed Trump for the violence, the article quoted Warren as saying, “There is no virtue in silence.” This had the effect of making it look like Warren was blaming Trump himself for the violence, even though she might’ve only been trying to say that he should be blamed for not addressing the issue. The article seemed to paint her as more aggressive than she was while the MassLive headline painted Markey as less aggressive than he was. Perhaps the sexes of the senators have something to do with this.
By now, many readers have likely noticed some limitations of this analysis. For one thing, different authors and news agencies do things differently. The differences I observed may have more to do with the writing styles of the articles’ authors than the sexes of Warren and Markey. Second, it’s possible that the differences have to do with the types of statements made by the candidates themselves. For example, if Warren has consistently been more vocal about her disdain for Trump than Markey has, the coverage is bound to reflect that. This is not evidence of bias. Finally, I looked at a very limited number of articles and only one male and one female politician. Far-reaching conclusions about the media coverage of men and women in politics cannot be drawn from such a limited analysis. This was only meant to explore whether or not there is a possibility of a difference between how men and women are covered. My conclusion is that it’s possible, but I would need to look at other research before making stronger statements.
Posted by Unknown at 10:13 AM