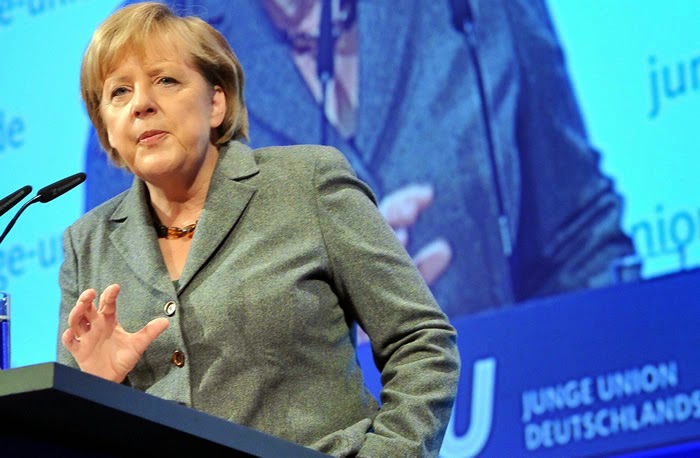 The concept of varying leadership styles caused solely by gender identification is a highly contested theory within political science. This is because if this theory held true, it would be expected that women leaders would only act on their group’s supposed inherent characteristics. Additionally, society furthers stereotypical expectations of women’s leadership through perceived characteristics, the double bind, and polarized media. This is incredibly debilitating to the wealth of diverse abilities and attitudes a woman might bring the political arena.

A 1970s study done by Sandra Bem noted “adjectives that both men and women thought more desirable in one sex than another”. The adjectives used to describe femininity all fall into a harmful perception of a woman only in a supporting and secondary role who can be easily persuaded. Of course, preferred masculine characteristics all emphasize strong leadership traits and a dominant personality. If any of these thirty distinct characteristics are still valued by common society, it seems natural that women in politics would also be viewed through these lenses. Therefore, for women to garner the necessary votes to win elections, it would follow they would have to cater their campaigns and leadership styles to portray characteristics on this list.


In addition to prescribed and preferred gender qualities, women in leadership positions are typically also affected by the societal standard of treating men as normal and women as deviant. Within the realm of politics, this could come from a historical understanding of politics as a man’s world, one that women have only begun to breach. The above detailed masculine characteristics are preferred by the mass public for those in leadership positions, leaving women in a “double bind” situation, in which they must either act as ladies to be viewed as genuine, or act as men to be seen as leaders. Problems and inequality arise as women politicians who act tough are criticized for taking on masculine characteristics, while women who are emotional are harpooned for being incapable of leading assertively due to uncontrollable hormones.

Media has more harmful consequences on woman leaders. This is because media constantly criticizes women for either acting too cold, distant, and witchy, or, on the other end of the spectrum, too diminutive and sensitive. Media also regularly falls into the trap of focusing on women’s physical appearances, instead of their lauded leadership capabilities.

Angela Merkel is the successful current Chancellor of Germany. She has been elected twice in a row, and is currently ranked the fifth most powerful person in the world by Forbes; this is the highest ranking achieved by a woman. I believe that Merkel’s success is primarily due to a defiance of stereotypical gender roles in an unusual way; she does not embody solely male characteristics, but walks a fine line of traits that are gender unspecific. Nor does she allow the media much insider information or even fodder for stereotypical analyzing, which enables her to lead a very unglamorous and pragmatic regime.

After gathering data from several news databases and political journals I consolidated phrases and words that analysts and journalists used to describe Chancellor Merkel. The majority of these words focused on non gendered traits, while only a few noted feminine or masculine characteristics. In the beginning of her political career she was branded as “boring, provincial and rather dowdy”, and when she was running for office she was thought of by some as a “lightweight”. Out of these three negative terms, only “dowdy” is used more in reference to women. Not only are these criticism rather gender neutral, but Merkel was also careful to heed the critiques of the media and adjust; she started wearing “bright, colorful outfits and a new hairstyle to enliven her image. Because Merkel has historically avoided leading either as completely cold and calculating or soft and emotional has made it harder to classify her according to stereotypically preferred gender characteristics.

Furthermore, the words used to praise her leadership style do not focus on either feminine or masculine characteristics. She is considered a “prudent, pragmatic and down-to-earth leader”. This has helped her steer clear of the double bind.

“Rumpled, awkward, with her de rigueur blazer and slacks (the former often just a touch too tight), Merkel can seem a study in orchestrated ordinariness, a brilliant creation of election strategists attuned to the post-traumatic German psyche. Perhaps it costs a lot of money to look this plain. But over time it becomes clear that she just is who she is, unchanged by power; a woman, like Margaret Thatcher, who is “not for turning.”

This description of Angela Merkel notes carefully that for a powerful leader, she dresses and acts very ordinary. However, it does not seem as if the journalist is critical of her choice, but actually admiring of her ability to be unaffected by the public life she must lead. Along the same lines, Andrew Marr of the BBC commented that with Merkel, “there is no exhibitionism and grandstanding”. This comment further points to heightened respect because of her confidence in leading assertively while also showing a lack of grandiose. It is interesting to note that Merkel does not shy away from making tough policy decisions; early in her political career she decisively pushed to make abortion illegal in East Germany, and more recently she has “steer[ed] the EU through its most existential crisis ever. She resisted all pressures to flood the markets with ever more money, but insisted on her bitter prescription: assistance, in return for reforms”. It is crucial to note that neither the assessment of her actions, nor the praise and criticism focus on feminine or masculine characteristics, but rather objectively discuss her ability to lead pragmatically. Merkel’s ability to avoid the double bind has helped her lead without disparaging or harmful factions debating her leadership skills.

Angela Merkel has also garnered success through mastering the media and using news outlets to her advantage. Early in her political career, she turned against her mentor, Chancellor Helmut Khohl, publishing a piece about his private scandal. This led to his dismissal and allowed her to take his place as the front runner in the upcoming elections. Her ruthless use of the media to begin the downfall of a friend was described as “Machiavellian”, but this did not prevent her from continuing the tradition of eliminating her opponents. Remarkably, German citizens do not seem alarmed by this aspect of her leadership.

Merkel has not limited her media involvement to publishing editorials. As Chancellor she has broadcast podcasts on policy issues since 2006; when a journal author remarked that “a clearly uncomfortable Merkel holds forth each week on such topics as federal reform, key points of health policy reform, and retirement funding." This effort has allowed her presence to be felt in the common household, and prevents a highly polarized media from criticizing superficial aspects of her rule. This type of outreach makes her leadership style even more successful because she is seen as wanting to inform the German populace about policy decisions.

Angela Merkel has been able to avoid stereotypical gender roles, the trap of the double bind, and harsh media criticism by maintaing a very unusual leadership style. This has made her very successful as German chancellor over the course of three elected terms.