Representation in Congress has Failed Women, in More Ways than One 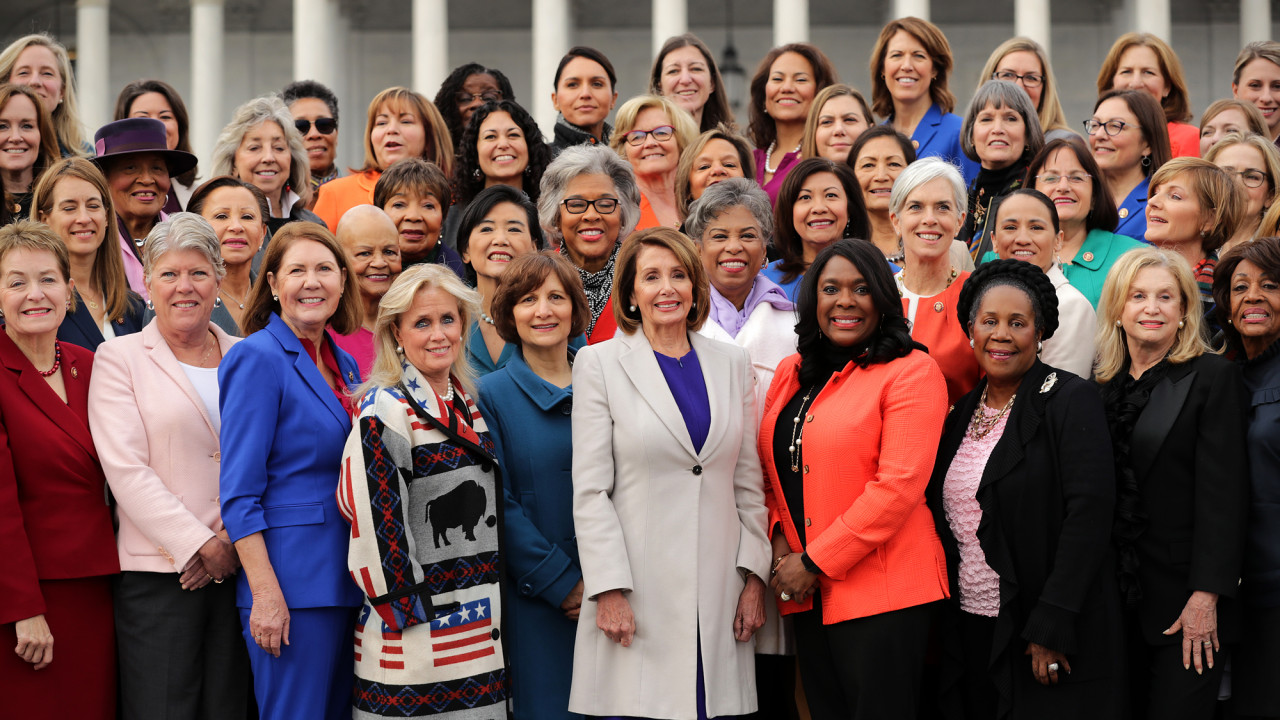 An overview of the 2020 Congressional Races


The November 2020 elections are a year away, but the candidates for Congress are still pushing forward their campaigns in hopes of winning in the party nominations in the primaries and caucuses around the country. If women were to accurately represent the United States proportion to the population, women should make up at least 50 percent of women in Congress, possibly more considering that women outnumbered men by about 5 million in 2013. Yet women only make up about 23 percent of the House ofRepresentatives and 25 percent of the Senate. The numbers break down further when you consider the number of women in Congress by political parties. In the 116th Congress, of the 101 women currently serving in the House of Representatives, 88 of them are Democrats. The remaining 13 are Republicans. In the Senate, 17 are from the Democratic party while 8 are Republicans.

These numbers bring two questions to mind: why is the number of women candidates so low; and why are there more women running as Democrats than Republicans? While these are important questions, none of the current explanations bode well for electing more women in Congress.

Where are all the Women?


Why do women candidates make up less than a third of candidates in all races? This question can be answered in a couple of ways.

The pipeline to political office explains the path that most officeholders take to reach their elected position. The political pipeline, as displayed below, exhibits each step on the way to office. Since women comprise at least half of the population, women should make up at least half of the Congress. Yet something happens along this pipeline that prevents women from reaching that 50 percent threshold at the end of the pipeline.

One such possible explanation for the leaky pipeline lies in the difference of self-perceptions. Men and women tend to have the same qualifications for office, yet men are more confident in their qualifications. Women compare themself to an ideal and when they don't meet the ideal, they feel inadequate and unqualified. Men, on the other hand, compare themselves to people who have the same jobs. In that sort of comparison, men feel well qualified. The perceptions of qualifications are important, especially when moving potential candidates from eligibles, the people who are qualified to run, to aspirants, those who want to run.

Two other possible explanations for the disparity in gender representation include a lack of political ambition and a pathway to Congress that favors men. More men work in business or law, areas that often lead to running for office. Men also tend to be self-starting, they want to run for office and their own more often than women. Women, on the other hand, tend to come from different backgrounds, such as elementary school teachers or nurses. In addition, women rely on the support of others before running for office. They are much more likely to be influenced by someone else's suggestion to run rather than deciding for themselves. If political parties are not actively recruiting women, there are going to be more men in both races and public offices.

The Issue of Party Politics

Partisan politics affect the numbers of women in Congressional offices within the parties. The Democrats have many more women serving in office than the Republicans. This is likely because more women are registered and identify with Democrats over Republicans. But there are still Republican women, so why don't we see them? Part of the explanation is that Republican women are much more moderate than Republican men, especially on issues such as health and education. In the current political system, the nomination process tends to spit out more extreme candidates, because more extreme voters show up to caucuses and primaries as opposed to the general elections. Republican women fall into the trap of moderacy, and that moderate viewpoint is difficult for them to overcome.

Will these Numbers Change?

The nature of the United State's political environment, as it stands, seems to indicate that the number of women in office might change, but mainly for the Democrats. As more women are running in that party, there are more likely to be more women elected as members of that party. If Republicans want to see that more women are elected into Congress, they must ensure that they provide an avenue in which moderate candidates can be successful. This might be difficult to do in a nomination process where the candidates are more likely to be nominated as a member of the extreme parties.

Getting more women to run is another story altogether. Parties must avoid losing potential candidates through the failings in the political pipeline. They must encourage them to run and help with resources to ensure that women are successful in their Congressional bids. But as right now, the pipeline continues to leak women, something that will not change without a movement towards inclusivity.

Posted by Brittni Anderson at 4:03 PM